The most important fiesta of the year in Galicia - Vidal 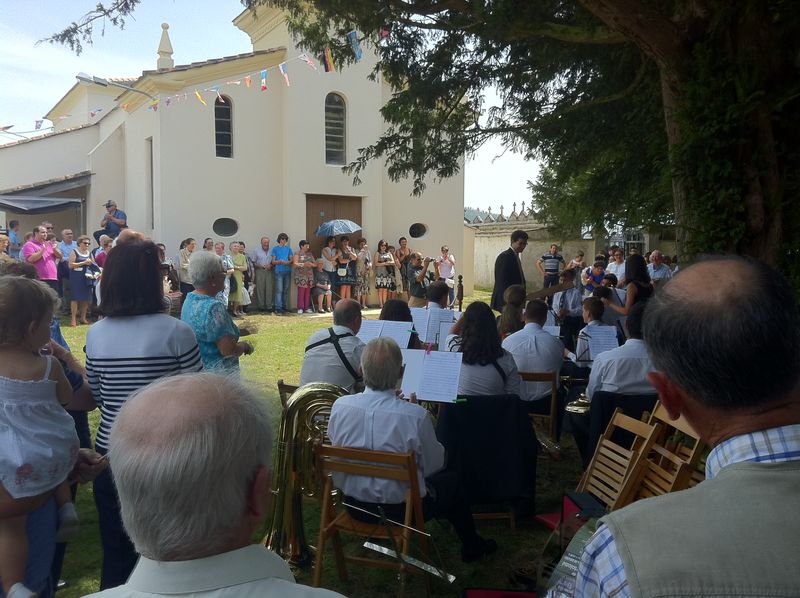 On the 20th August, it was the Vidal fiesta. Vidal is in the parish of Trabada and the fiesta takes place next to the church. It is also the village where Granero del Burro is. It is the only time in the year that you can easily walk to a bar and some entertainment!! It is only a tiny fiesta but is well worth going to. A real mixture of ages, from elder people whose families have lived in the area for generations to the children who go to the fiesta with their parents and grandparents. 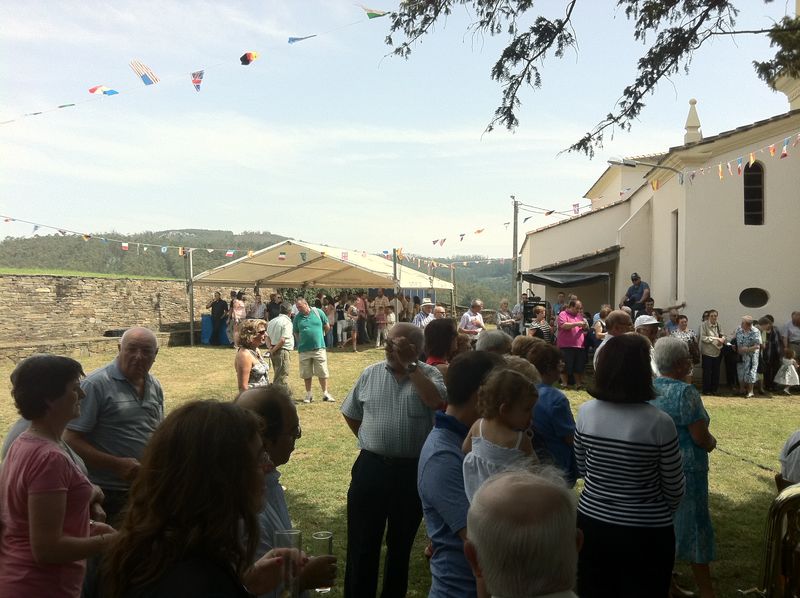 This year, the orchestra from Ribadeo music college played at lunchtime. It was a baking hot day so everyone gathered under the trees in the churchyard to listen to them. Before they played there was the usual mass and parading of the statues from inside the church. The bar was open and people came for the 'hora de vinos' (hour of the wine!). 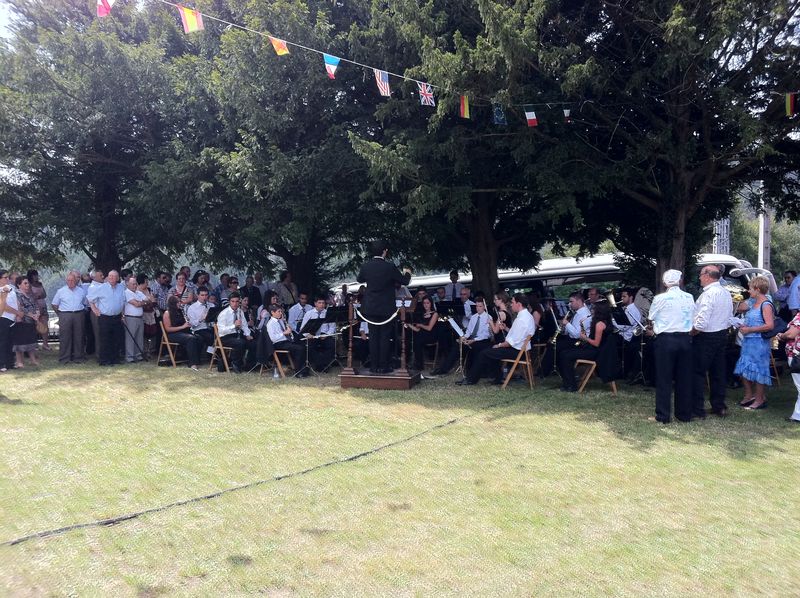 After the orchestra had finished playing, the group - American Star played a few songs so people could have a dance. In the evening they started again about 11 o'clock and played well into the early hours so there was plenty of opportunity to dance, have a drink and enjoy yourself. And you can walk back to the barn!! 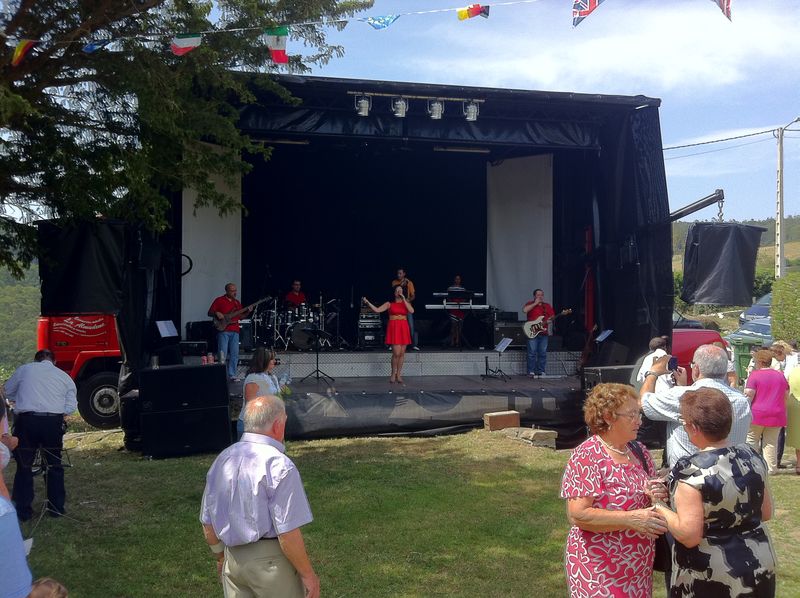 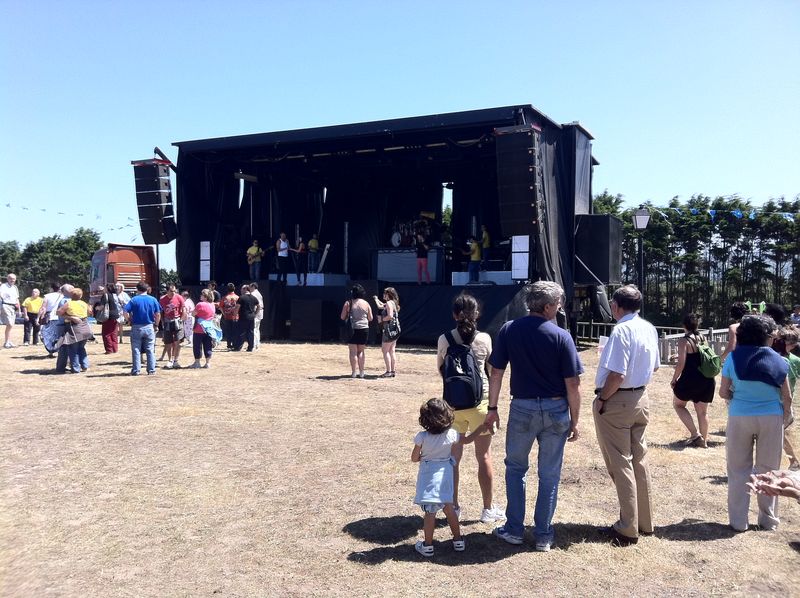 In August in Spain you can go to a fiesta almost every day of the week. Asturias is no exception to this. There are however a couple of them that are worth going to that are a bit different. The first is San Lourenzo which took place on the 10th August on the cliffs above Penarronda beach. The setting is idyllic with wonderful views out to sea and over the beach. It is only a very tiny fiesta but well worth going to. 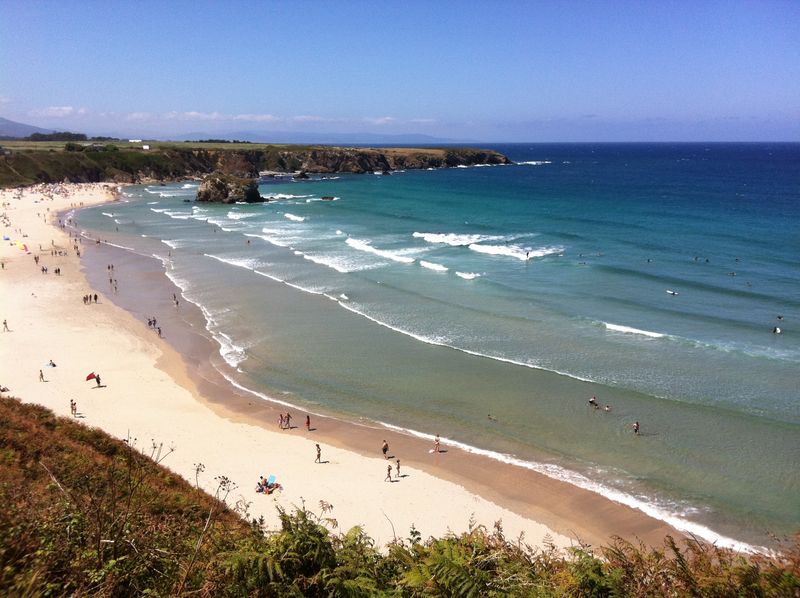 The second fiesta worth visiting took place on the 20th August in Barres. Barres is less than half an hour from Granero del Burro. This fiesta is inside a huge marquee and cost €10 each this year. For this you get a good helping of churrasco (pork ribs) and criollo (tasty pork sausage). The difference here is that the churrasco is cooked in a very traditional way. It is not cooked on a grill, it is cooked slowly around an open fire on upright spits. Very very tasty. 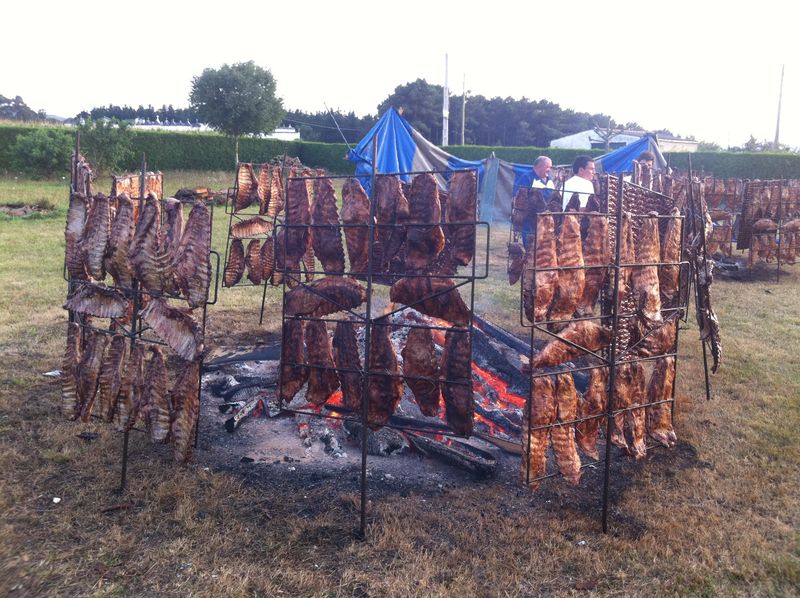 The sausages are cooked in the same way. This year, there was a huge thunderstorm with torrential rain at about 4.00pm - just when the fires and cooking were getting going. In true Spanish style though, no-one panicked and everything went fine in the end. 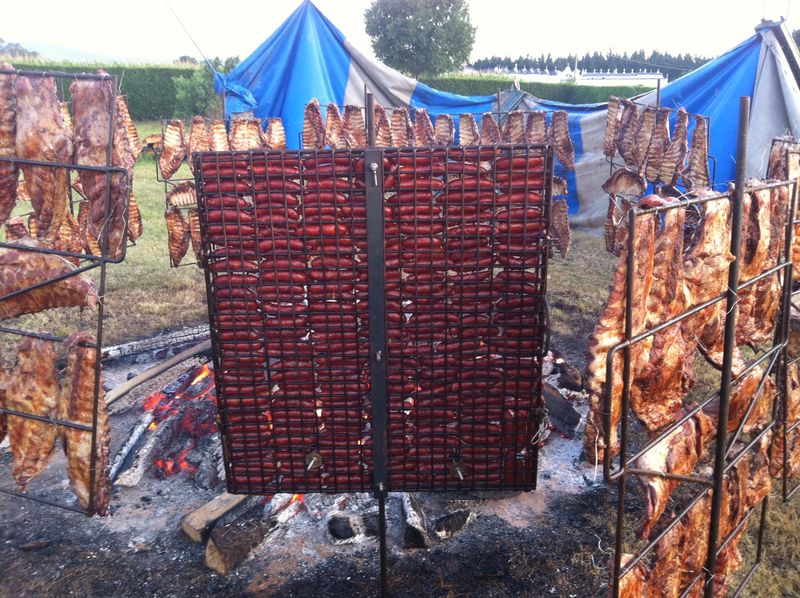 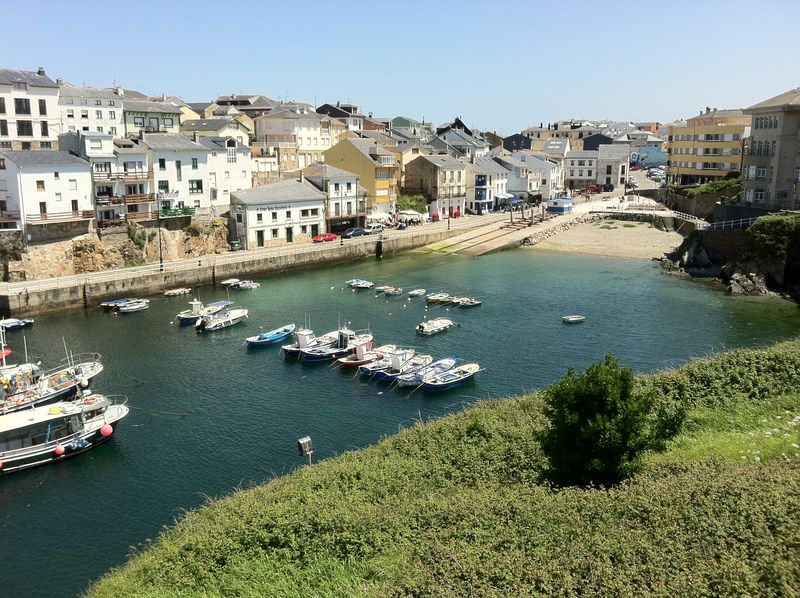 Tapia de Casariego is a very nice little port about half an hour away from Granero del Burro. It is just inside Asturias and is well worth a visit for a look around and lunch. There is an upper part to the town with a nice square and some interesting architecture. The lower part of the town takes in the port with its attractive bars and restaurants serving lots of local produce. Have a look at the interesting way the fishermen get out to their boats in the harbour!! 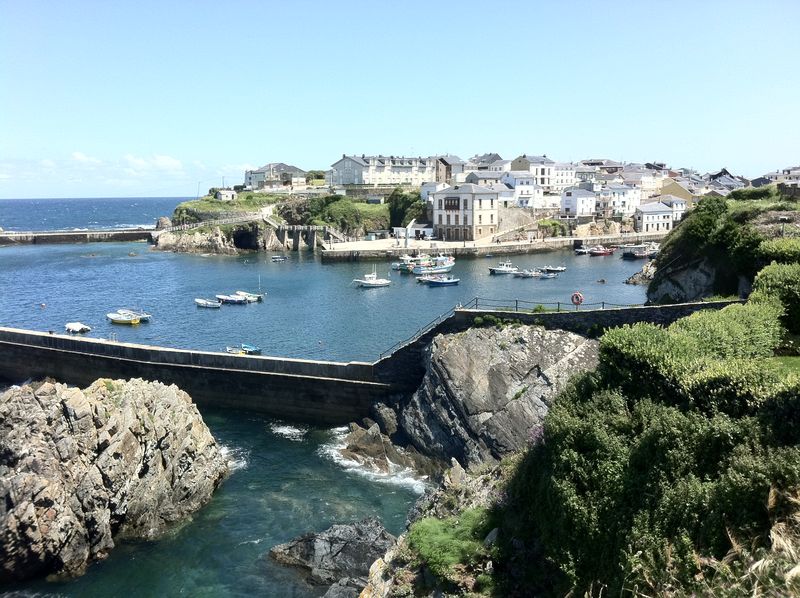 There is an international surfing competition every Easter during which thousands of people flock to Tapia. It is also famous for its beach which is huge when the tide is out. In Spring the banks leading down to it are covered in beautiful flowers. 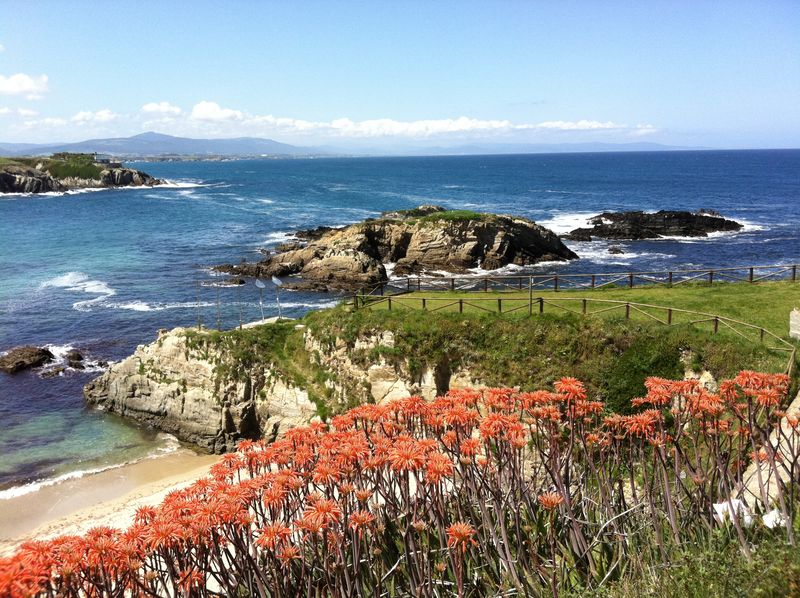 There is also a salt water (natural) swimming pool which has recently been restored with a new access and decking around it. Well worth a visit to have a look (and maybe a swim!!). 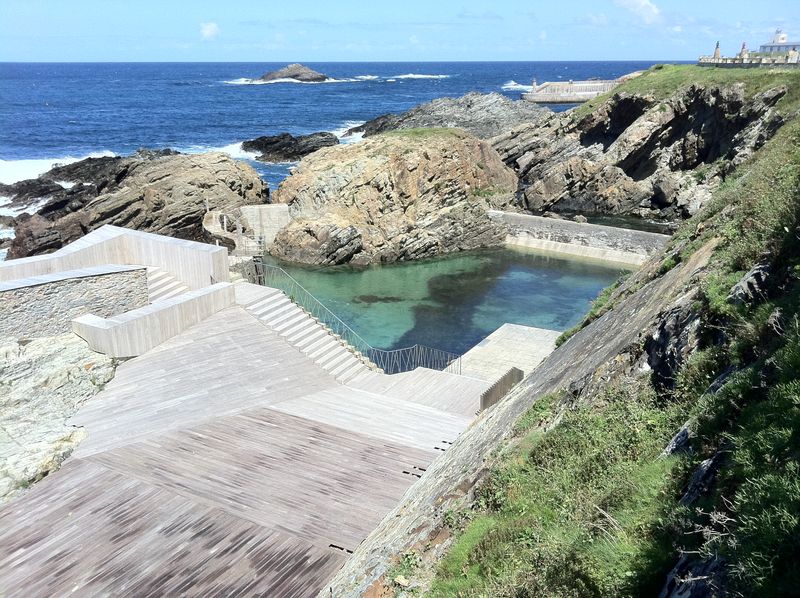